A short film produced last year by a York-based voluntary community media group has been nominated for an international award. 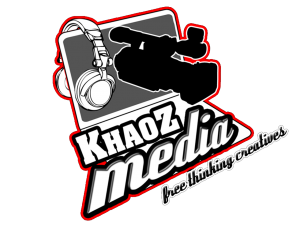 KhaoZ Media‘s report on an inclusive practical media project it helped to co-ordinate, the Accessible Broadcasting Community, is in contention for an International Citizen Media Award.

Narrated by The Creative Condition‘s Community Manager, Colm, the six-minute video, which was produced by volunteers, examines how the project came about and what its aims and objectives were, told through interviews with participants and examples of the content produced through session workshops.

Dave Fleming, KhaoZ Media’s project manager, says, “It’s fantastic that volunteers from Khaoz Media are being recognised on an international for their hard work within the field of citizen media and for promoting accessible volunteering opportunities on a local level.”

Colm, who has been a volunteer with KhaoZ Media for five years, adds, “Being nominated for this award is a real achievement for KhaoZ Media; it’s a privilege to have been involved in the making of a film on a project which really sums up what the group is about – helping people from all aspects of life develop practical media skills.”

The second International Citizen Media Award ceremony takes place in Münster, Germany on 29th September 2012, with the winning video receiving a cash prize of €1,000.  Further details about the event can be found on its website.