Three members of The Creative Condition were among those who helped create a video news release last week about an upcoming Bonfire Night celebration.

Mike, Jonathan and Colm loaned their talents to a three-minute report on the media launch of The Gunpowder Plod, a five kilometre run set to a fireworks display at York’s Knavesmire this 5th November. 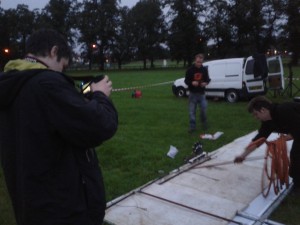 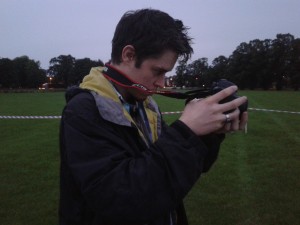 Working alongside event organisers Rat Race Adventure Sports and PR and marketing agency The Partners Group, we brought our cameras to film… 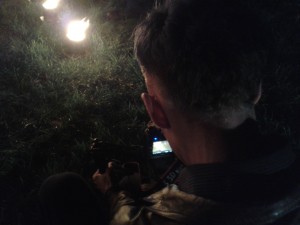 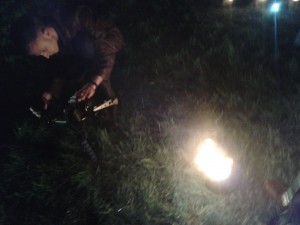 “I think it went really well,” acknowledges Jonathan. “The atmosphere was great and spirits were as high as the fireworks which shot off at 11pm at night. We also got some great footage and I feel it was an awesome experience for us all.” 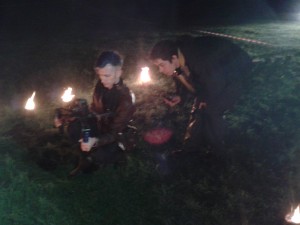 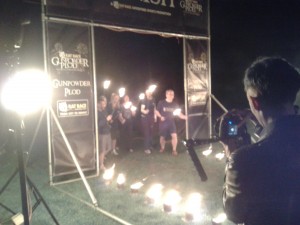 Our contribution to the film didn’t just lend itself to the late outdoor shoot. Colm stepped up to the mic to provide a voiceover for the final report. “I’ve done a handful of voiceovers on recent projects with The Creative Condition, which I’m really enjoying,” he says. “With each one, I’ve been highly complemented by the people I’ve worked with. Maybe it’s my accent!”

When asked why he feels his voice comes across as so appealing, Colm adds, “You hear about these surveys where they claim the Northern Irish accent is among the nicest sounding, even sexiest sounding examples – I reckon it’s about personal perception, really.”

“When recording a voiceover, I try to speak in a way that is easy to understand and in the appropriate tone; but at the same time, sounds natural,” he continues. “Having an accent is natural; it’s part of your distinct identity, so why shouldn’t you use it when you’re giving your voice to a project?”

You can find out more about the Gunpowder Plod on the event’s website, including information on how to register your place for the 5K run.