What a two days! I have had the honour of observing York’s latest Synergy Surgery (it ran from Wednesday, July 9 through to Thursday, July 10), and I got to meet Yorkshire’s great innovators collaborating with some of Europe’s finest minds as they attempted to tackle, and examine the “right to solve” initiative that is central to York’s bid for the Mayor’s Challenge! What’s that? It’s an international competition to find city-wide innovation projects, run by the Bloomberg charitable trust, for which York has submitted its “right to solve” (or hashtag #right2solve) idea. It’s true that York is the only city taking a community-sourcing approach to idea development, and this event is a large part of both collecting ideas and feedback and proving that giving the city’s community the right to solve the city’s problems is a good idea.

York’s success in community-sourcing solutions to problems led to it being awarded a contract by URBACT, the European exchange and learning programme promoting sustainable urban development to transfer innovation best practice to other European cities. Representatives from Syracuse, Tallinn and San Sebastián were also in attendance to observe and experience the event first-hand. The idea is that the reps will take their experiences and inform their own city innovation plans for launching online community platforms and associated events. If you check the social media buzz (via the Storify), you’ll get a good sense of just how much our international partners enjoyed themselves.

During the event, ideas that were posted on the online community platform, GeniUS! York were presented to the attendees who were then separated into groups and given an idea to explore and develop further.

After a morning coffee and a smidge of networking, people are separated into groups according to a range of topics (including Open Data, City Innovation and Innovation Hubs) that work to help focus the group and their aims. 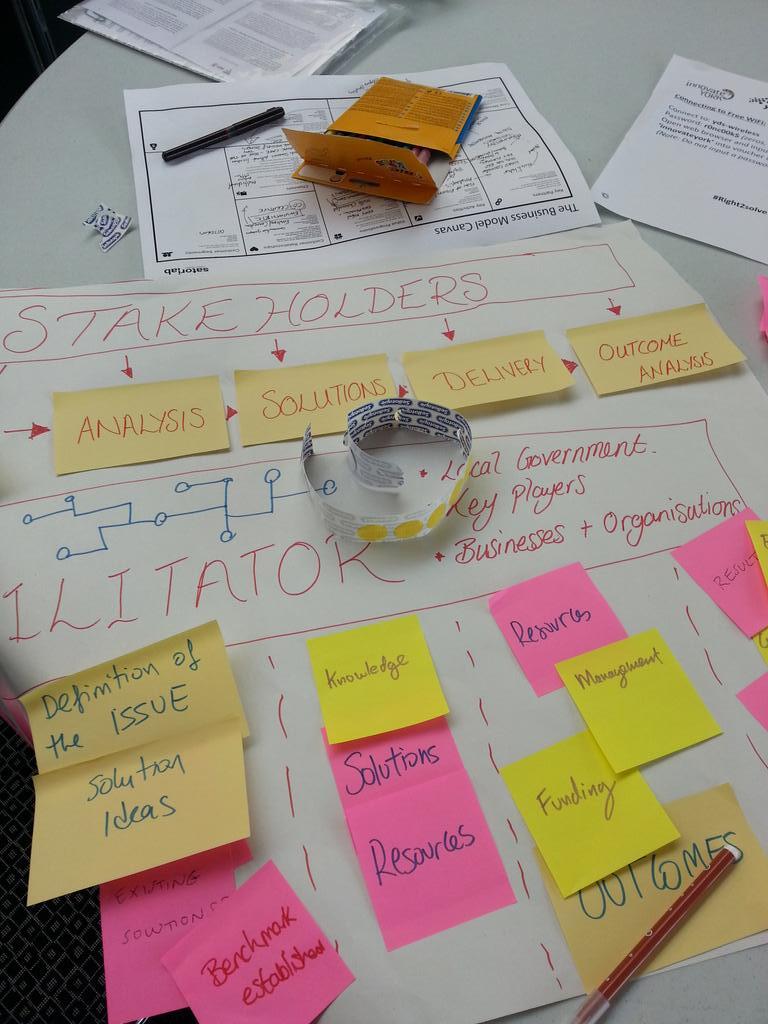 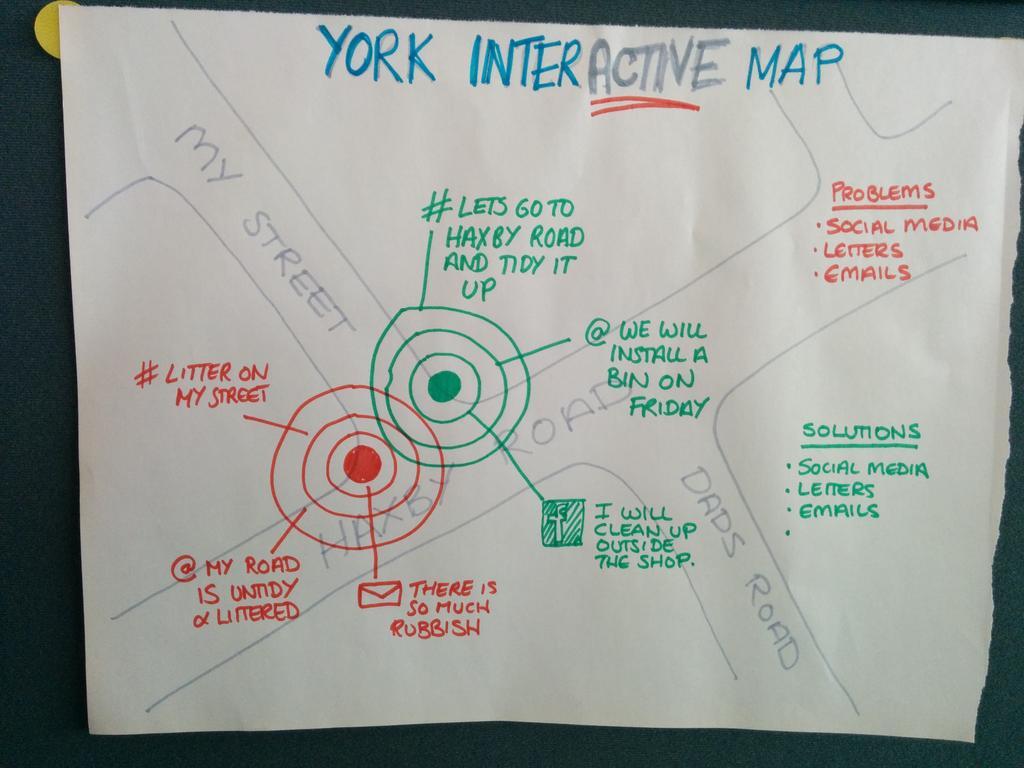 How did the Synergy Surgery come to be? The Synergy Surgery enabled attendees to add value to one-another by encouraging people who would never normally interact to engage with one another. A grand idea, indeed, but something that has really captured the creative hearts and minds of those specialising in digital (including According To McGee and One&Other magazine) in and around Yorkshire, Europe and the UK.

I had the opportunity to speak with a range of delegates who held stands during the Innovation Fair, evening social part of the two day event, and the enthusiasm for digital innovation and affecting change within our city has been utterly infectious. It was also very cool to watch pitches from some of York’s greatest innovators in The Distance, Real Hub, Klippsafe (interviewed below) and more, around varying topics including open data and York’s digital footprint. For me, it’s been a huge eye-opener – being able to see the wealth of talent available in North Yorkshire and surrounding areas. It really is incredible. On top of that, there was music from the excellent Arts Barge! You can’t go wrong with ‘em, really! 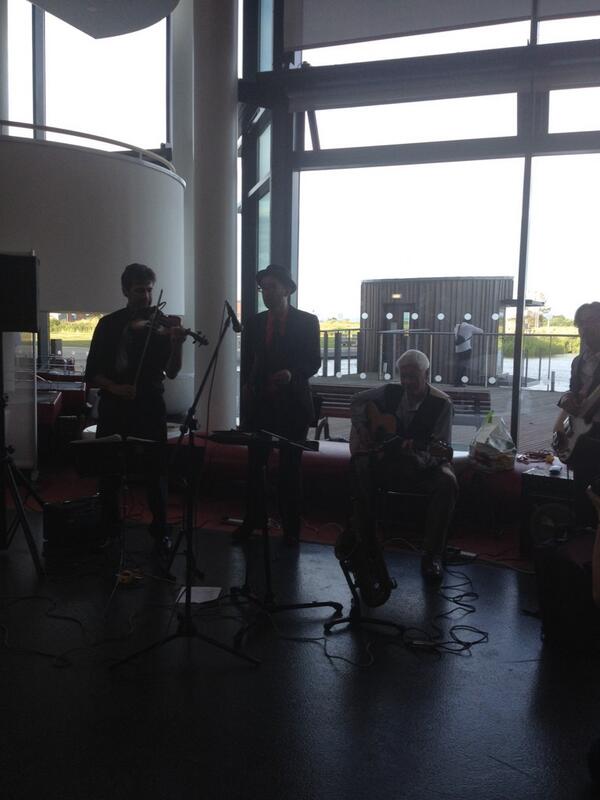 Very special thanks should go to SCY Innovation Lead, Heather Niven and CoYC Head of Innovation Ian Graham for their work throughout the two days, and to the Science City team as a whole for pulling the whole thing together. It’s been absolutely brilliant! York’s profile as an innovative city has definitely been raised within the wake of this event. I’m telling you, it’s a really exciting time to be a part of York’s creative and digital scene.

The Ron Cooke Hub is such a fitting venue – a space that inspires and motivates such a range of people from adult to young learners across a range of topics. The same can be said for these two days – there is this incredible excitement, and everybody (over 60 people get involved with the Synergy Surgery, and a further 90 signed up for the Innovation Fair) has a reason for being here: to address the parent/child dynamic between the residents of York, and the City of York Council.

Seeing the passion and diversity collected together within this space over a matter of days has been incredibly inspiring and motivational. I feel part of something, and #right2solve is certainly looking much more of an achievable objective now that prospects like gamifying the city’s problems are being discussed.

From the interviews below, hopefully you’ll get a flavour of the days, and the great thought-processes in development from those at the Surgery and the Innovation Fair. It’s been a lot of fun building all of these raw videos – they’re filmed on an iPad, and are pretty raw, but rest assured there will be a shiny, properly-produced film as well. These videos have been pulled together to feature on this blog and to get the word out quickly. I had the fortune of managing both the Innovative York and Genius York Twitter platforms over time of the Surgery, and it was essential (and exciting) to get both video and social media content out into the world. I hope you like them, everyone has very valid points to make on York’s innovative future…