TCC and Soundsphere magazine intern Josh Saunders has used the help of our extended network (including Ownbeat Creatives) to launch his own website! 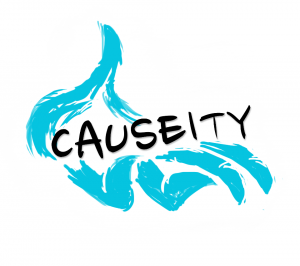 His aim is to support UK charities and causes in their work by promoting them through in-depth interviews, features and more. Due to Josh’s background and interest in music journalism, Causeity will also feature band Q/As and interviews discussing with up-and-coming and established acts about what charities and causes they support and why.

When commenting on having the idea to launch originally, he says: “I wanted to raise the profile of small charities without the pressure of asking people for donations. “I’d like to think that this will give me more experience in a field that I love [journalism], I’ll get to meet some great people, and I really hope that it will succeed in its mission of helping as many charities and causes as possible!”

Josh is currently studying Magazine Journalism under Cathy Darby at the University of Central Lancashire.