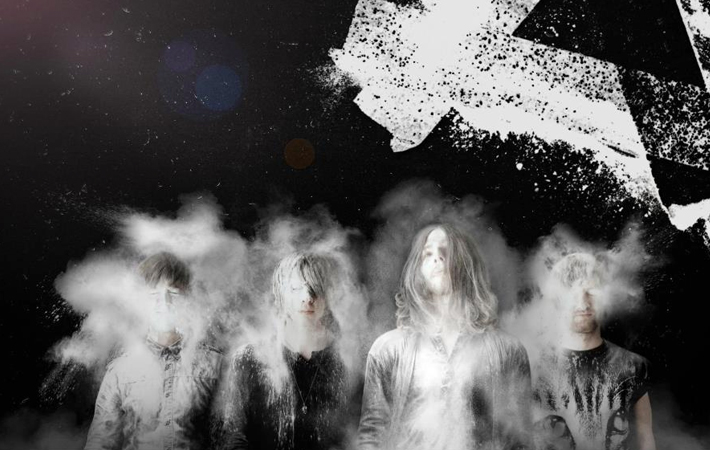 A small announcement to introduce myself firstly (Jessica) as the new intern at The Creative Condition; I will be working with the guys for the next few weeks, and potentially longer if (it goes well).

I have the great honour of working together with Jonathan on a music video for the band Officers, which is exciting project to be included in!

Speaking of the work done on the video so far, he says: “The idea for the video began following an interview with Jamie [Baker] from Officers, who simply gave me the track and told me to think of a concept to go with it. I listened to the track and noticed a broody, industrial atmosphere in it and thought film noir would work well with it. I researched the concept by watching films such as ‘Double Indemnity’ and ‘Maltese Falcon’ and really immersed myself in the idea; looking at lighting and shot composition and costume.

While I had the idea of using film noir, I was still stuck for a story to go with it, so I met an old friend (and Preston-based film-maker) Peter Gallagher with whom I discussed the basic idea of using a man who is on the search for a girl, but keeps seeing the wrong person. Still keeping it ambiguous we used the literal idea of a man having a winning ticket which is torn in half, and looking for a girl who has the remaining half. It needed to be a simple story in order to get the idea across in four minutes. I wanted to pay homage to the film noir genre as opposed to making a tongue in cheek version, so I will be making it the old fashioned way using no effects.

Following that, I started drawing the storyboard which got turned into an animatic, which I then sent off to Jamie. He then sent it on to the rest of the band and their art director Stuart Semple – we are currently awaiting their response. In the meantime, I have been looking for potential actors, models and locations for the shoot. Although it’s still in a preliminary stage, it’s a very exciting project to be working on and hopefully will lead to future videos in which I can continue the film noir theme.”

I (Jessica) have also been working on potential ideas to launch the video in an innovative way, but its a great track to be working with, so it deserves some special treatment.

I’ll keep you posted on the progress of the video, so watch this space!