Mike Leigh Cooper (pictured) has just finished work on a promotional video for the 28th Jorvik Viking Festival (2013). Mike was tasked with (on behalf of TCC client, Partners PR) constructing an interesting and fluid production looking at the well-established festival’s events and what it has to offer the general public and visitors to the city of York. The voice-over for the video was provided by Definitive Media (the company started by local broadcast legend Chris Marsden)! Check it out below for more information. 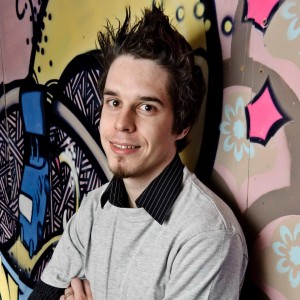 The 28th annual JORVIK Viking Festival, February 2013 from The Partners Group on Vimeo.

More than 40,000 people descended on the historic city of York this past month (February) to celebrate the Jorvik Viking Festival and encounter more than 400 Vikings as they returned to the place they once called home.

This year’s fest, organised by York Archaeological Trust, celebrated the Trust’s 40th anniversary and the vikings that once ruled the city. The week-long festival combined an entertaining mix of combat, academic, archaeological and historical events, culminating in a spectacular battle and fireworks finale.

The video is released just as Yorkshire County Cricket Club‘s one-day team have now re-branded themselves as Yorkshire Vikings.