We are now looking to secure album reviews of ‘Brain Waves’ ahead of its UK release.

Based in Leeds, Eureka Machines formed in 2009 and features frontman Chris Catalyst (of The Sisters Of Mercy, Mariachi El Bronx and The Ginger Wildheart Band) on guitar/vocals, Davros (guitar), Pete Human (bass) and Wayne Insane (drums).

The band have toured and toiled quietly under their own steam for six years now, and have notched up gig slots at Sonisphere 2014, Reading/Leeds 2009 and tour supports with Gogol Bordello, The Stranglers, Electric Six and The Wildhearts.

A testament to the Machines’ dedicated fanbase, the entirely crowdfunded album ‘Brain Waves’ hit 100% of target total in 80 minutes, and 200% in two days. The band currently have over 1300 pre-order ‘pledges’, harnessing the power of their incredibly dedicated following to spread the word.

With the dominating theme of this album being mental health issues, the band is donating 10% of album funds and profits to MIND, the mental health charity, raising over £3500 so far.

Check out the album cover below: 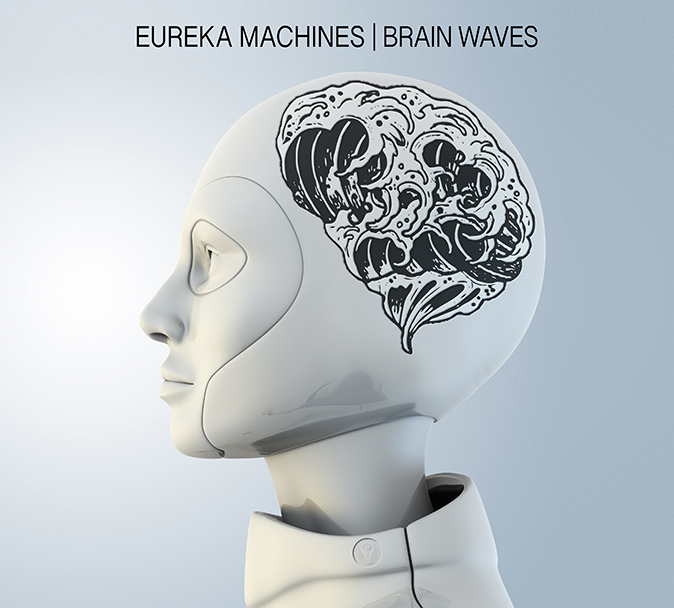 Catch the band on tour soon:

Friday 1st May – The Moorings, Aberdeen

Friday 8th May – The Parish, Huddersfield

Saturday 9th May – The Adelphi, Hull

Saturday 23rd May – The Roadhouse, Manchester

Friday 29th May – The Firebug, Leicester

Watch the band’s new video for ‘Welcome To My Shangri-La’: